Treasures in the dunes of Cádiz 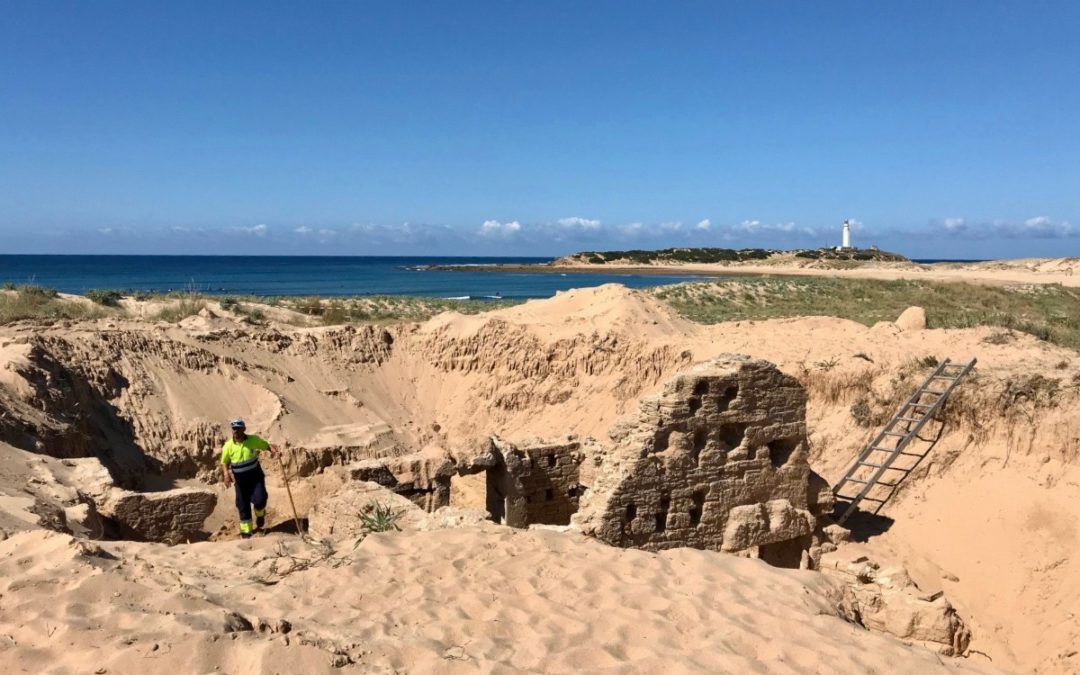 The Costa de la Luz of Cádiz has endless sandy beaches, beautiful bays, high cliffs and rolling pine forests. On this virgin coast, you will find no large resorts or high-rise buildings. But perhaps that is because here, for a large part of the year, a merciless levant wind blows desert sand from the Sahara into your glass of sherry.

However, the sand of the dunes has also covered up numerous treasures from times gone by.

Archaeological discoveries in the dunes of the Costa de la Luz

This coast has been inhabited since time immemorial. From the 8th century B.C. Phoenicians, and after them the Romans, amassed wealth by catching tuna and producing precious fish sauce. Traces of this habitation are buried in the white beach at the bright blue ocean but can also be visited, such as the Roman settlement Baelo Claudia near Bolonia, about which more below. 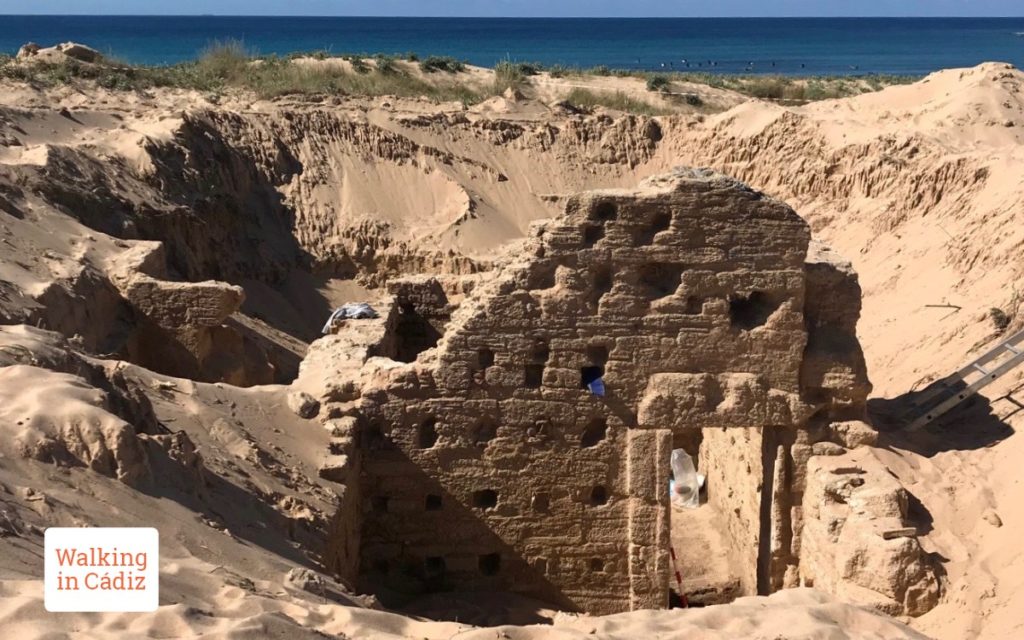 Last week, an interesting archaeological find was made in the dunes at the Cabo de Trafalgar near Los Caños de Meca, Barbate. This is one of our favourite hiking spots so I decided to find out more!

The oldest fish farm in Andalucia, covered in sand.

I was very intrigued by this find on the beach. The familiar view of the beautiful bay of Trafalgar suddenly looked very different on that picture in the newspaper. So yesterday we drove from Vejer to the beach, it was a bright and sunny day. Tommie was allowed to come along of course. After a few minutes of searching we saw the excavations in the dunes, less than 50 metres from the sea.

An enormous hole has been dug in the sand and down in that hole, you can see a remarkably intact structure. It looks like a house, but with countless small square holes in the walls. Almost like a dovecote. The walls and the rocks, which were taken from quarries near the beach at the beginning of our era, look amazingly vertical. 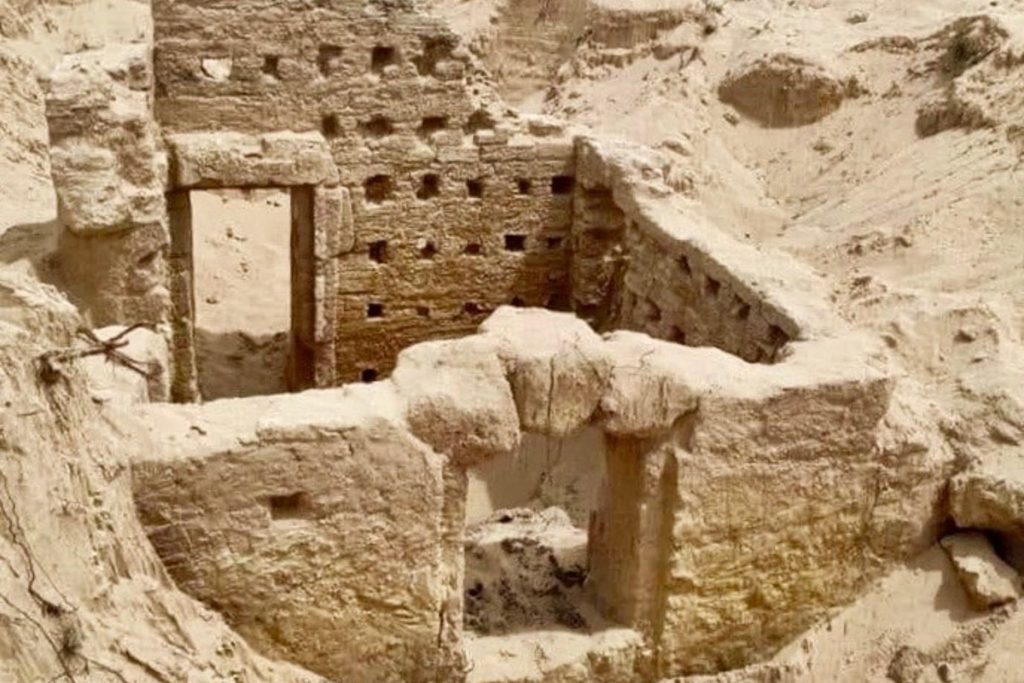 Treasure hunt on the beach

It is the research team of the Department of History, Geography and Philosophy of the University of Cadiz that has been working continuously here on the beach of Los Caños de Meca for the last two weeks to uncover this important Roman and prehistoric settlement. What you see are the remains of a Roman villa where the owners of the first Roman fish farm in Andalusia lived. The symmetrical rows of small cavities in the walls probably served as supports for side brackets in which to dry the fish. But the archaeologists prefer not to comment on the details of the ongoing research yet.

Save or bury treasures

The archaeological site is now cordoned off with a red and white striped ribbon and the team is still at work there. But what will happen next? Will there be a fence around it, will they protect it properly? Or will this treasure be covered with sand again and hidden in the dunes? You don’t really want to picture something like this being defaced by graffiti or a cosy campfire being lit for a beach party… 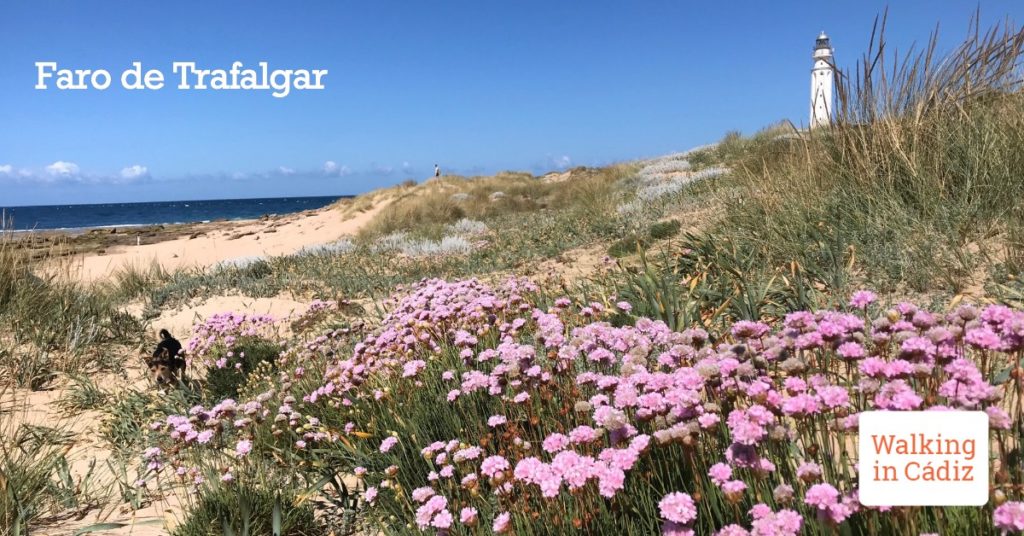 Trafalgar – Where do I remember that name from?

Trafalgar Bay is popular with kite surfers but may have a familiar ring to it for those who have been paying attention in school history class. It is here that the famous Battle of Trafalgar took place on 21 October 1805. It was here at Cabo de Trafalgar that the British fleet defeated the combined Franco-Spanish fleet, allowing Great Britain to take control of the sea. During the battle, Admiral Horatio Nelson, the greatest naval hero in British history, was killed.

In the ebook ‘Walking in Cadiz’ you will find a beautiful walk along the cliffs where this naval battle took place.

People call Bolonia one of the most pristine bays in Andalusia and it seems so. But a few thousand years ago, this was one of the busiest beaches in Spain, with the largest Roman settlement so close to the sea: Baelo Claudia. Thousands of inhabitants lived here and made their fortune by making Garum, a precious fish sauce. It was made by leaving fish and their entrails to rot for months. Its location at the Strait of Gibraltar, close to Africa, was very favourable for trade with this continent. Baelo Claudia experienced its greatest prosperity between the 1st century BC and 2nd century AD. A tidal wave destroyed a large part of the city and in the 3rd century it was repeatedly attacked by Goths and pirates. In the 6th century Baelo Claudia was abandoned. Now the ruins can be admired and there is an interesting museum. In the Museo de Cádiz, you can admire an exceptional collection of utensils, Roman statues and artefacts from the time of the Phoenicians.