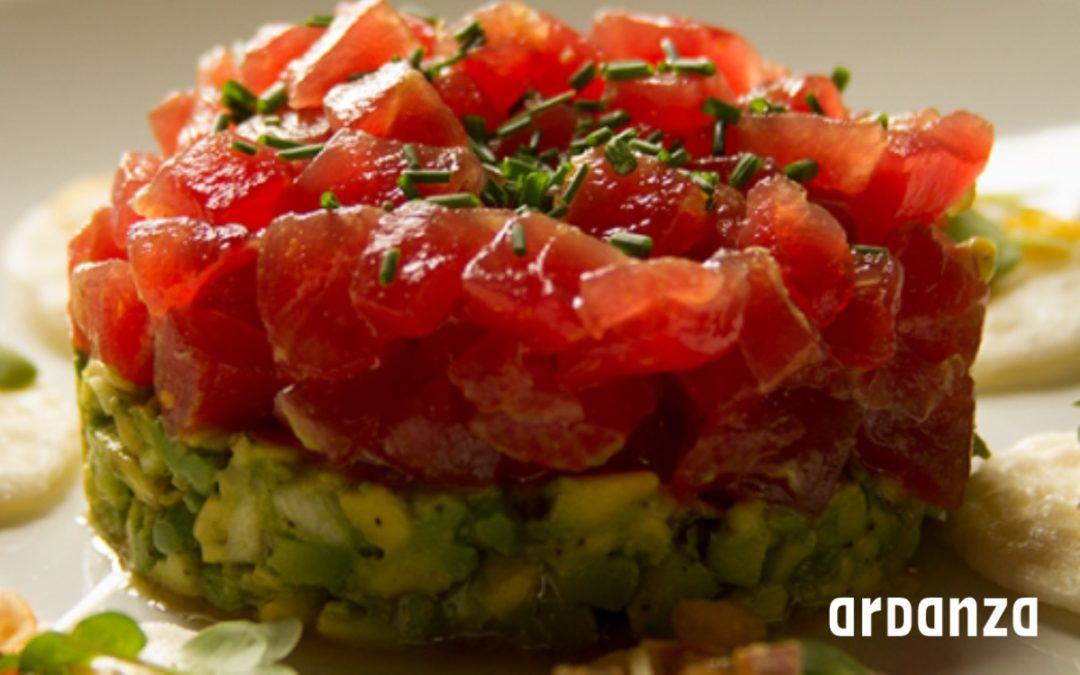 We never used to eat seafood at home when I was a kid. Only sometimes, on Sundays and public holidays, there was tinned herring in tomato sauce for lunch and at the market, we ate the typical dutch raw herring once a year.

The seafood of Cádiz and the famous atún rojo de Almadraba

But here in Cadiz, with its long coastline, you can’t ignore seafood. You’ll find fine seafood restaurants all along the beach and instead of a McDonald’s there’s a ‘Freiduría’ at every street corner where you can get a cone of fried fish. Personally, nothing makes me happier than with a ‘tortillita de camarones’ – shrimp pancake – with a dry manzanilla at sunset by the sea. Pure bliss!

But Cadiz is above all famous for its tuna. The atún rojo de Almadraba. This is a completely different culinary experience that I prefer to save for a special occasion, like new years eve! But let me tell you first about the Almadraba of the Costa de la Luz

About the Almadraba, a centuries-old fishing tradition of the Costa de la Luz

Almadraba is a traditional – sustainable – tuna fishery that has been taking place for millennia off the coast of Cadiz from February to July. When spring arrives, hundreds of Gaditan fishermen build temporary labyrinths of nets in the sea off Conil, Tarifa, Barbate, and Zahara de los Atunes. The enormous tuna, weighing up to 600 kilos, swim here in large numbers, fattened at the end of winter from the nutrient-rich ocean through the Strait of Gibraltar to the warmer Mediterranean, their spawning ground.  The tuna that then get lost in the nets are then caught by a number of fleets from one of the four villages above. This is a spectacular and not harmless event, see also the award-winning video at the bottom of this blog!

Fishing art from the time of the Phoenicians

The building of that maze of the nets of the Almadraba (which you can translate as ‘trap’) is passed on from generation to generation and dates back to the time of the Phoenicians (8th century BC). This method of tuna fishing and the wealth it brought has left an indelible mark on the province of Cadiz in the form of visitable heritage. From the Strait of Gibraltar to the mouth of the Guadalquivir you will find settlements of ancient cities such as the Roman Baelo Claudia, watchtowers, abandoned fish factories and colonies, lively fishing ports, anchors, nets, and jewels of antiquity. 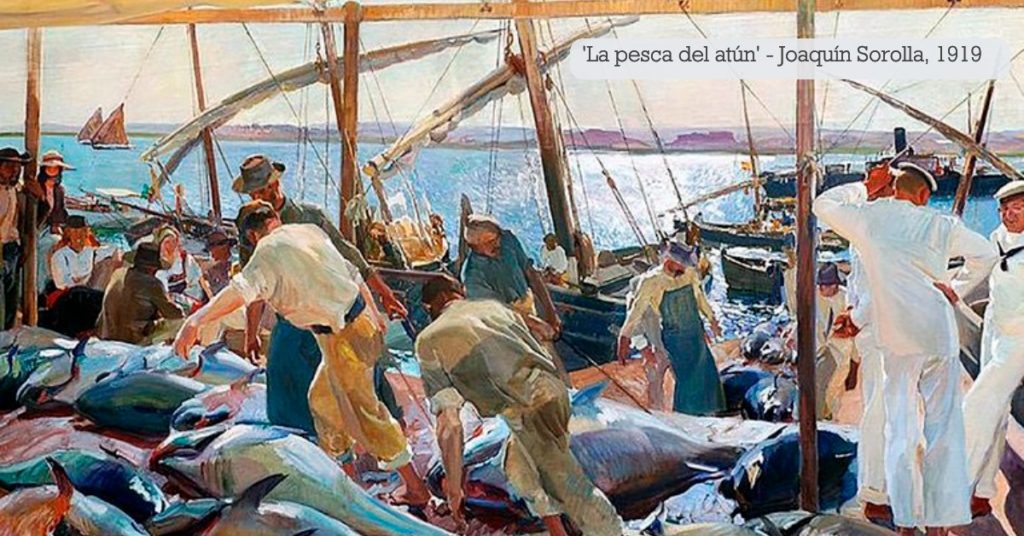 Recipe for a delicious tapa with raw tuna, a gastronomic experience!

You can imagine that there are few places in the world where you can eat tuna as tasty as here in Cadiz! This is possible all year round because the bluefin tuna (locally called atún rojo because of the red colour of the meat) is brought directly from the boat to the factory in Barbate and frozen there to temperatures down to -60℃. Once thawed, it tastes like fresh! There are as many as 200 ways to prepare tuna, but one of my favourite recipes is tartar de atún with avocado. I’ll give you the recipe for the most delicious tartar de atún as it is served here on the coast in trendy restaurants. 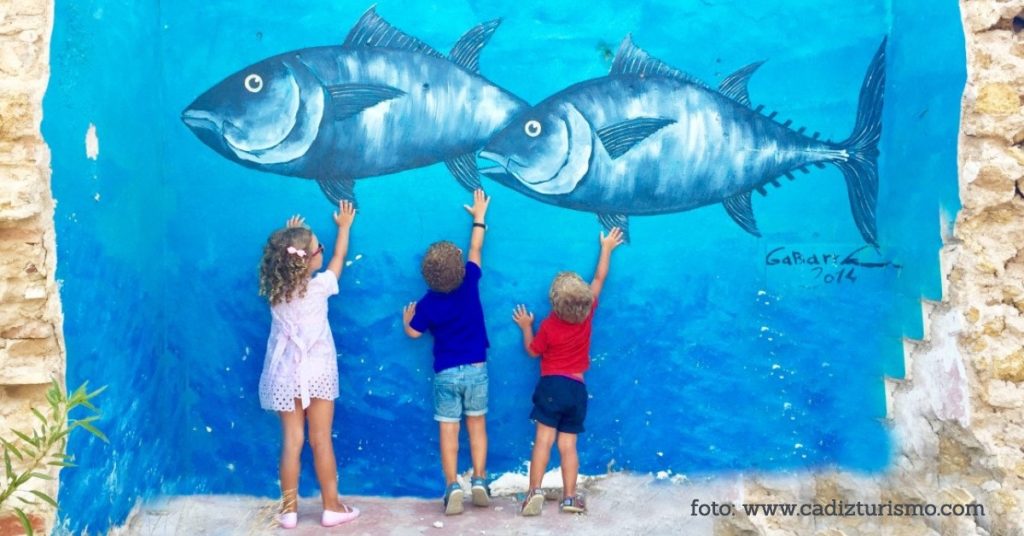 Recipe tartar de atún from Cádiz – with a hint of oriental…

Supplies needed for preparing tapa with tuna from Cádiz

Please note: this dish can only be made with tuna that has been frozen before, in order to kill any uninvited parasites. Chop the chives and put them aside. Cut the tuna into small cubes <1cm. Mix the soy sauce, wasabi, and ginger in a bowl and add the chives and tuna, stirring well until the mixture is completely absorbed. Leave it to rest for an hour (or make the mixture even tastier the day before!). Cut the avocado into small cubes and add the lime juice and extra virgin olive oil. Cut the tomato into small cubes and mix with the avocado pieces.

Now is the time to build the dish. Put the cooking ring on the plate and fill the bottom with the avocado/tomato mixture to almost half the shape and the rest of the tuna. Press it a little until it becomes compact and remove the mold. Sprinkle the sesame seeds

In October 2020, ‘El Capitán’, a short film about the Almadraba tuna catch from Conil, won 1st prize as ‘Mejor Video de Turismo del Mundo’ – CIFFT ‘People’s Choice Award’. With beautiful images, it shows the ancient art of bluefin tuna fishing, its heritage, but above all the people, their culture, and struggle.