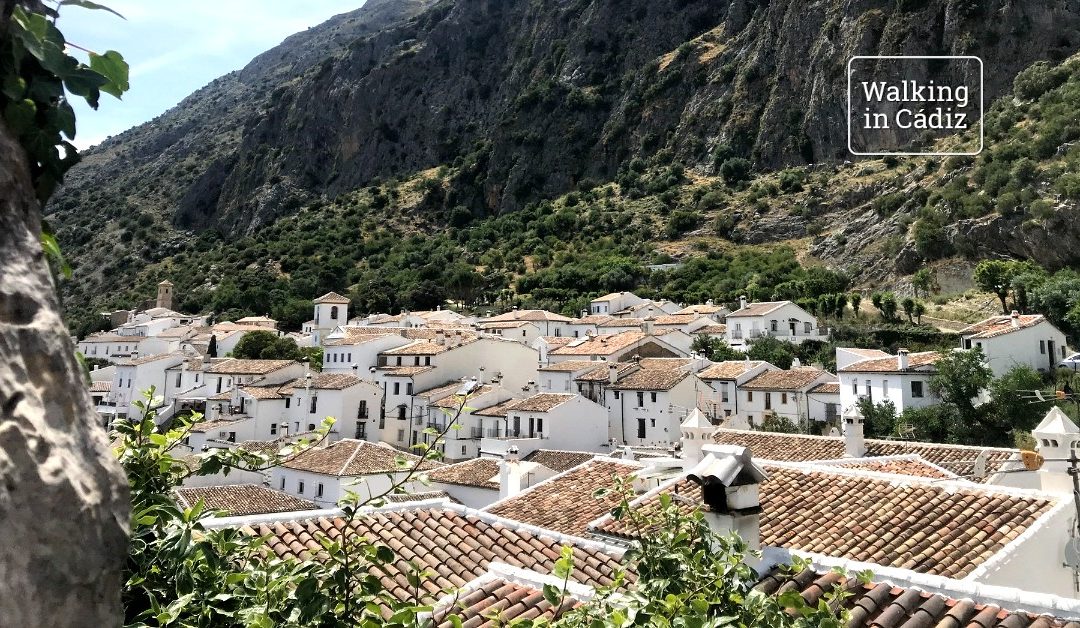 Villaluenga del Rosario, a hidden gem in the mountains of Cádiz

The province of Cádiz has a variety of beautiful white villages, some very well known and popular, but also lost of hidden gems. One of them is Villaluenga del Rosario, the highest of them all  – with amazing walks in the area –  Let me take you there!

The highest but also smallest village of Cádiz!

Villaluenga del Rosario is the highest and at the same time one of the smallest villages of the province of Cádiz. It is situated at 858 metres above sea level and has 438 inhabitants. This beautiful mountain village lies at the foot of an impressive rock massif and is not very well known to the general public. But Villaluenga has some unique treasures, I’ll tell you all about it!

The drive to Villaluenga is delightful. We came from El Bosque and took just before ‘leather town’ Ubrique, the small road to Benaocaz and Villaluenga. At the beginning there is a turn-off to the Roman excavations of Ocuri  that can visited by appointment. But we drove on. A narrow, winding country road through a wide, green mountain landscape with an abundantly flowering border in a hundred colours on either side of the road. Flowers, birds, butterflies, rolling, grassy meadows flanked by high peaks and nothing else. Spaciousness and tranquillity on this sunny Monday. 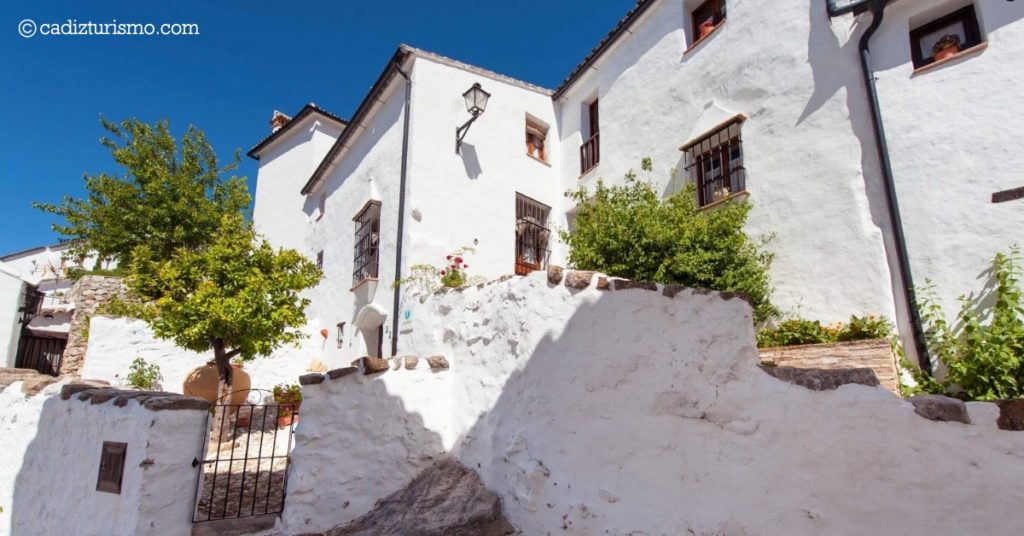 A pretty village and a church with a treasure

First we pass the village of Benaocaz, with its Moorish past and Aznalmara castle from the 13th century. Benaocaz is situated at 793 metres and has about 700 inhabitants. But we have to go further, even higher, through the broad valley. Then there’s Villaluenga, to our left, glued to the rock face. We park the car at the bottom of the village, between a ‘Venta’ and a cheese factory – not just any cheese factory! But you’ll hear more about that later…

When I first arrive in a village I look for the church. Because the church is always in the heart of the old village, most of the time surrounded by a little square with a bar to enjoy a cold beer. From afar, in the highest part of the village, we could already see a sand-coloured tower rising high above the whitewashed houses. That must be our church! So we wander through the narrow, deserted streets with their whitewashed walls and pots of colourful flowers. Here and there a cat scurries away and a dog starts barking as we pass by. 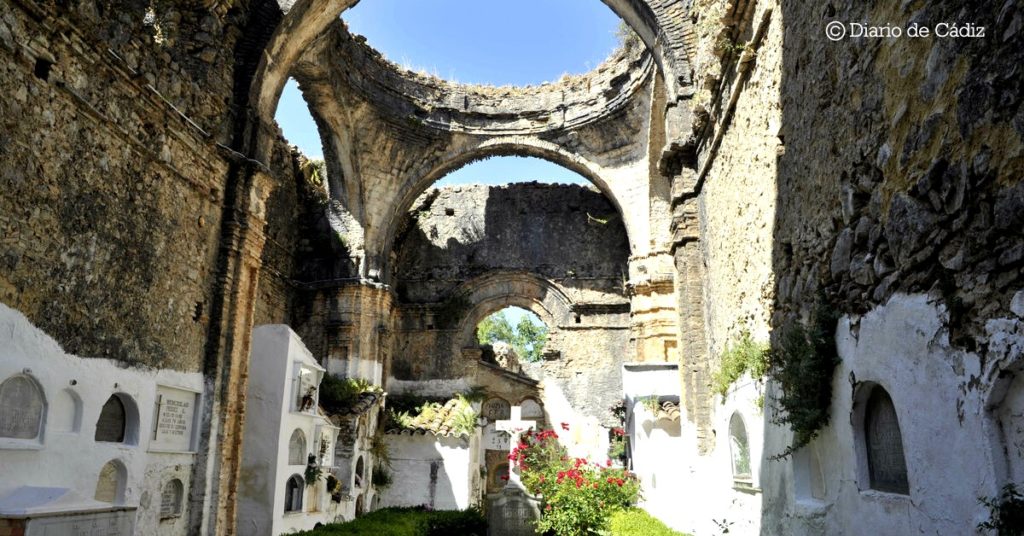 An enchanting cemetery between battered walls

When we reach the top, we see the remains of what must once have been a very beautiful church next to the old tower. But, to our surprise, between those battered walls and under a vault of domes, in the frame of the basilica, lies a lovely cemetery, an enchanting place! Rows of neatly maintained niches are built into the old church walls. They are decorated with flowers, real and plastic ones. Here reigns a benevolent peace. Through the centuries-old arches I stare up to heaven. A direct connection between the earthly and the heavenly. A unique place.

Research tells me that this Iglesia del Salvador was plundered and set on fire by Napoleon’s troops at the beginning of the 19th century. It burned so badly that a large part of the roof and vault was lost: only a few parts, such as the inner arch of the vault, the four portals and the high altar, were able to resist. In 1809, the villagers of Villaluenga decided to use the ruins of the church for other purposes. This was the date when the first funeral took place here. Over time, the old church was transformed into a beautiful place where niches and graves took over the space. Gradually, the old church of the Redeemer became the municipal cemetery. It was voted the most beautiful in Spain and is also included in the ‘Ruta de Cementerios de España‘. 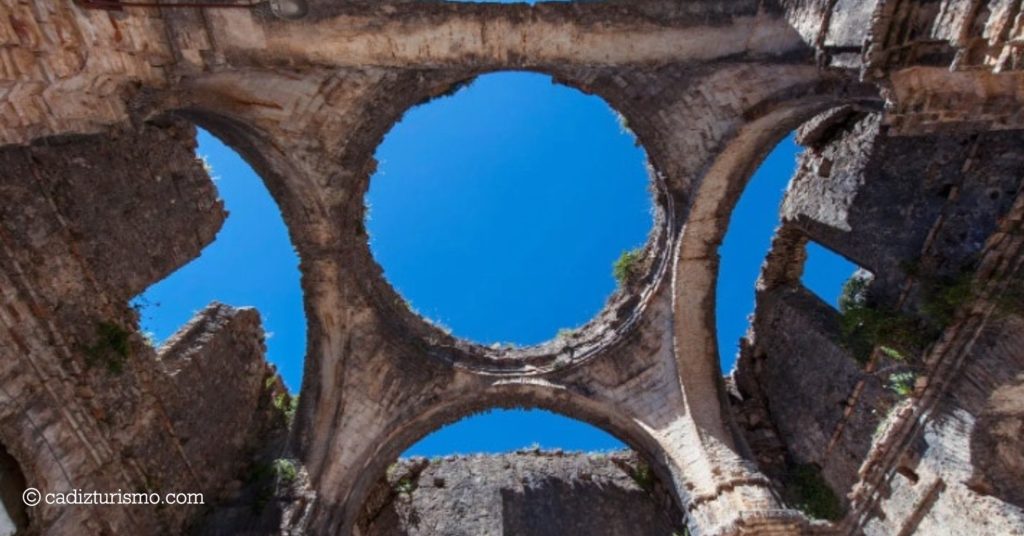 Tip: If you continue from here, out of the village, you can take the ‘Calzada Romana’, the old Roman path to the ‘Ermita de El Calvario’, a beautiful little chapel.

What else is there to see & do in Villaluenga? 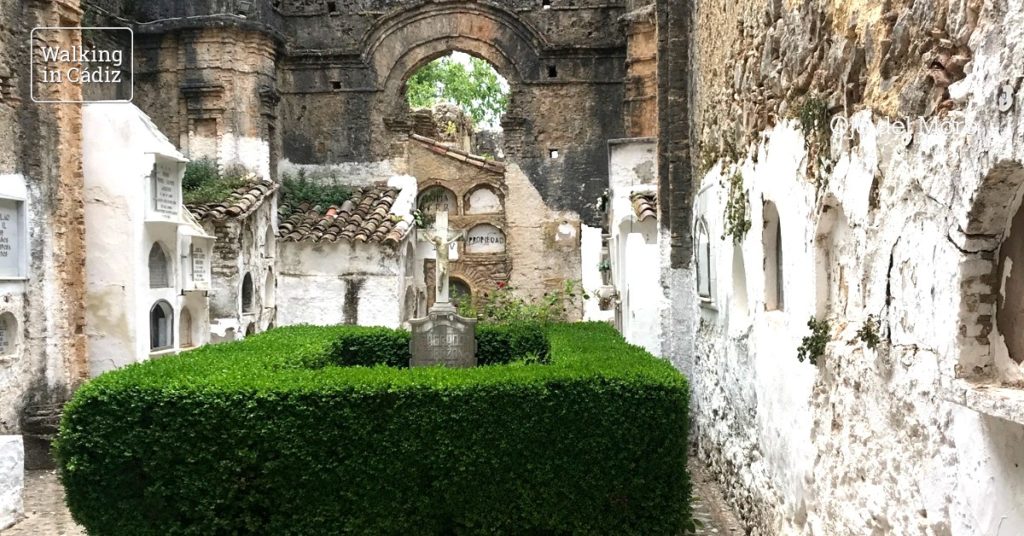 This path of about 4.5 km (a short hour walk there and back) leads through limestone and stony terrain until it reaches an abandoned lime kiln. Lime kilns were furnaces where stone was turned into lime. A little further on you will come to the waterfalls of the Pajaruco stream, which lives up to its name because of the numerous birds that nest here. (Pajaro = bird) ‘Ojo del Moro’ is a special rock formation, a hole in the limestone rock where in a distant past there must have been a lookout point and which today looks like a goat shelter.

At Benaocaz starts one of the Sierra de Cádiz walking routes that has been on my wishlist for years (and at the time of writing I have not yet walked it!). This walk is only accessible from here, the south, as the pass from the north, at Puerto del Boyar is closed. So once you reach the Salto de Cabrero gorge, you have to go back. The distinctive silhouette of the Salto de Cabrero can be seen from many corners of the Sierra. With a length of over three kilometres, it is a walk of over four and a half hours (there and back) and of average difficulty. The salto del Cabrero (the goat herder’s leap) refers to a fault line of impressive vertical walls, eighty metres difference in height, with a fifty-metre wide gorge. read more 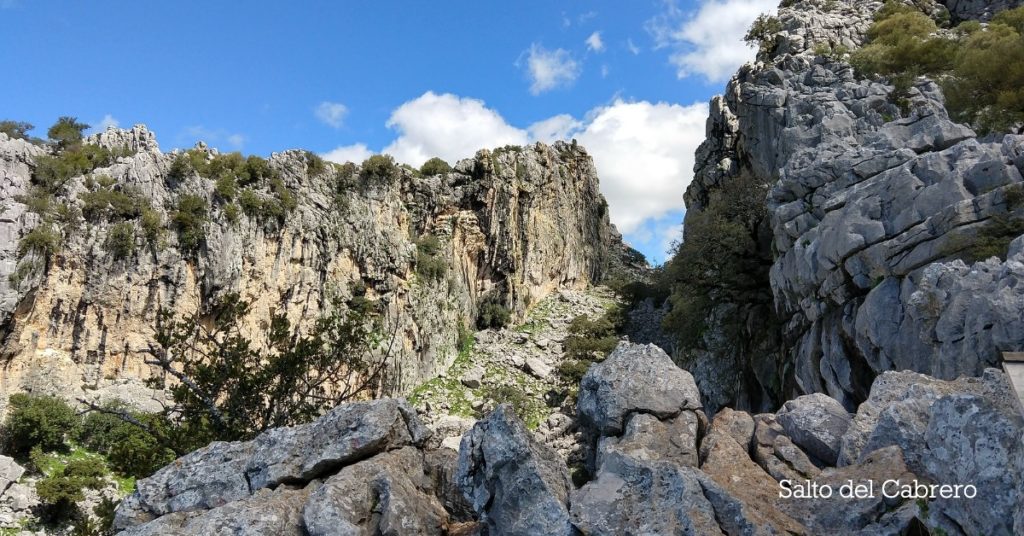 This walk links the village of Villaluenga del Rosario with the valley of Navazos de Caos, climbing the southern slope of the Sierra del Caíllo. The path starts at the back of the octagonal bullfighting ring. This route is quite tough, as from the start the path climbs almost 400 metres. Moreover, at some points when crossing the Sierra del Caíllo, the route becomes difficult as there are no marked paths here. Once at the top of the Navazos pass, you can enjoy spectacular views of the village of Villaluenga, the Llanos del Republicano, the Sima de Villaluenga, the Líbar massif and La Manga. At the top you can connect this walk with the (also tough) walk Navazo Alto or Caíllo to Benaocaz. 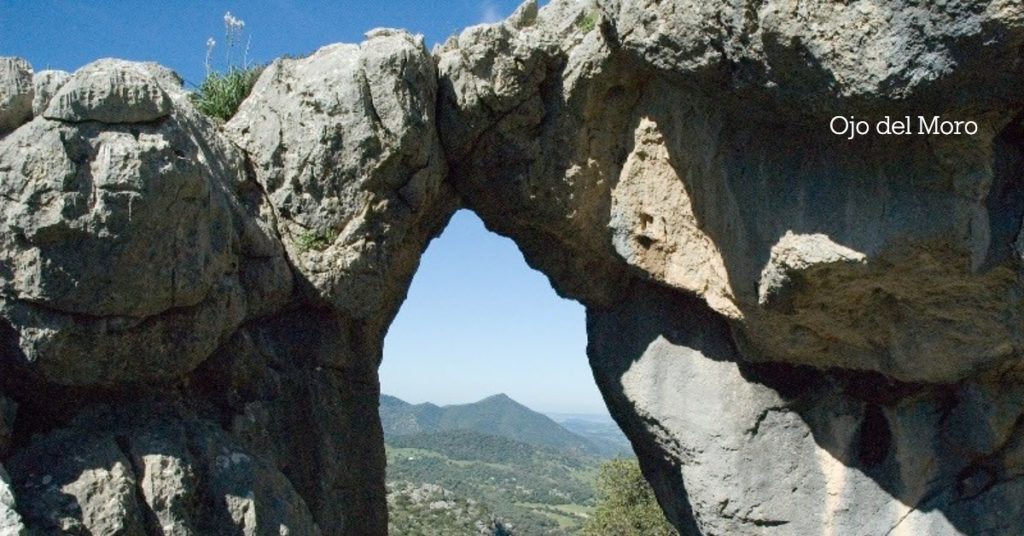